Pati has already started planning our hikes for the winter.  Let’s give her a hand by volunteering to plan and lead a hike.

This past Sunday (Oct 27, 2013) we had 17 hikers working on a new trail from Schribner Rd to the top of the hill across the valley.

The Climbers started at the mid-point and move up the hill.  As you can see in Char’s picture to the left, it was a gray day, but a good temperature for working outdoors. This picture shows a road between a red pine forest on the right and a larch forest on the left.  The larch trees were still mostly green, but they will be losing their needles soon.  You can tell there are many hard wood trees which have already lost their leaves – here it is mostly poplars and some black locust trees that were planted 50 years ago, but have never done very well.

After passing through the larches, we got to the hardwood forest.  Our first obstacle was a field of downed trees dating back to the ice storm of 1991.  These were moved out of the way to create a trail.  Fortunately for Mac, we had a willing porter to carry him over these logs.

The hard wood forest is on a steep hill.  Apparently, it has never been cleared, so the hill is covered with moguls from trees blowing over a pulling dirt out with their roots.  The climb is probably too steep but the view at the top was worth the climb.

The other half of the group started at Schribner Rd and followed the bank above the creek. Ralph used a leaf blower to clear the trail the entire way, while others stopped to build a stone bridge across the creek. With most leaves gone, we had a good view from above of the creek and could see all of its meanders.  This part of the trail passes through a white pine forest with several large trees with many branches going in different directions. The younger trees have grown within a forest and are much straighter.

Afterwards, the Tony and Patty grilled hot dogs and sausage while the table was set with chili, salads, and cakes, cookies and donuts.  Everyone ate well and went home satisfied.  It was definitely a job well done.

The following obituary written by Judy Tripp-Neu will appear in the Genesee Country Express.  Click here for a poem inspired by Chuck.

Charles Elliott Winship, age 71, founder and CEO of Sugarbush Hollow Maple Syrup Farm on the east hill of Springwater died on Sunday evening, October 13, 2013 after a valiant battle with cancer. Chuck, as he was known by his many friends and neighbors, was born in the Salamanca area and began his love affair with maple syrup when he was 12 years old. With his Mom and Dad, his sister Nan and brother Bruce, the family would tap the maple trees that ran down the sides of Broad Street. It soon became a neighborhood enterprise with everyone gathering the sap and then boiling it down for hours to produce 40 or 50 gallons per year.

After high school, Winship went on to graduate with a degree from the University of Buffalo and subsequently went to work for the Xerox Corporation where he retired after a career that extended more than 30 years as a manager of engineering operations. During his tenure at Xerox he lived in the Fairport/Perinton area and served on the Recreation and Parks Committees for the Town of Perinton. He was highly regarded as a manager at Xerox and by the many people whose lives he touched in his community work.

Winship left Xerox and went to Cornell University to obtain his master’s degree in Natural Resources specializing in the business of maple syrup and value added maple products. His desire to learn as much as possible about the production, marketing, and distribution of maple syrup and related products allowed him to be well-prepared for founding Sugarbush Hollow. Once he found and purchased the sugar bush in the little Fingerlakes area, he began the lengthy process of clearing it, and studying every inch of the property, the trees, and the effects of the seasons on the production of the final products. His philosophy was “if you build it, they will come,” and soon after he built the sap house, people did indeed come. Neighbors, friends, and family all came and pitched in and made the business successful.

Winship was generous with donating his syrup to local agencies including the Springwater American Legion Post 905, the Springwater Fire Department, and several churches hosting breakfast fundraisers. He relied on “word of mouth” advertising and for the most part, was quite successful in that strategy. He was a real stickler for taste and color and preferred to rely solely on what appealed to him claiming it was the ethical way to operate. A lifelong learner, Winship also provided information to the Cornell community and to the Maple Growers Association on his observations and experiments. He was generous with his knowledge and always willing to share his experiences with others.

Winship was also very devoted to his community and opened the Sugarbush Hollow facilities to fundraisers for the annual Springwater GALA breakfasts during the maple weekends, the Springwater Trails group and to the Fiddler’s Fair held every year in September. School children visited often and tours were given with Winship patiently explaining the whole process of producing maple syrup to the visitors. Even as his health waned, he never complained and still enjoyed the many visitors that came to see his beloved sugar bush, walk the trails and delight in the natural beauty of the area.

He is survived by his two children: son John (Catherine) Winship and daughter, Dori Robert) Hopkins, the mother of his children Joyce Winship and seven beloved grandchildren; his beloved friend and companion, Pam Masterson, his brother Bruce and sister Nan (Ron) Miller, two nieces and two nephews. All of the family continues Chuck’s work at Sugarbush Hollow, and his many friends and neighbors will carry on his legacy.

Friends paid their respects at the Richard H. Keenan Funeral Home, Pittsford Palmyra Rd., Fairport (Egypt Location) on Thursday, October 17, and services were held on Saturday at the West Bloomﬁeld Congregational Church. Interment was private. Donations may be made to the American Cancer Society.

We will split the group into two teams.  The first team will start on the north side of Schribner. The second group will head south and west.

After two hours of hard work,  we will retreat to the house to enjoy hot dogs and sausage and a campfire.

Please park up the driveway by the barn, or on Schribner Rd to the right at the fork.  If there is any snow on the ground, please make sure you come up Schribner Rd from Tabors Corners.

From Wayland: From Rt 15, head east on Rt 21 toward North Cohocton for 3 miles. Turn left on Tabors Corners Rd (Steuben Co Rd 37).  After 2 miles, turn left on Schribner Rd (the second left).  The driveway is on the left one mile up Schribner Rd and about 10 feet before the intersection with Giles Rd. Bear right at the intersection, turn around and park along the road. Or com into the driveway and park between the garage and the barn. Hint: In case it is getting dark when you leave, you may find it easier to back into a parking space at 2:00.

Detailed directions from other locations are available here. 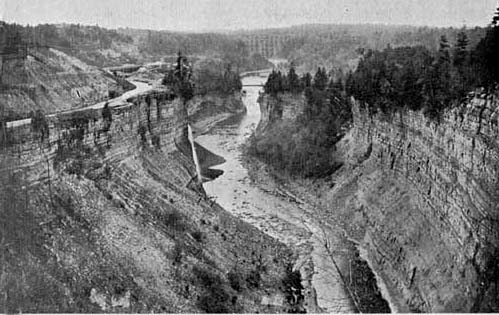